Bloodstained: Curse of the Moon 2 annonceret

Battle through stages filled with fearsome enemies and dangerous traps, each with a massive boss waiting at the end. You must travel through each stage and defeat the boss that lurks within, whereupon you may a have chance encounter with a potential ally. Whether they will serve a trustworthy partner on your perilous journey or not remains to be seen…

You can instantaneously switch to allies you have recruited at any time! Allies have their own life bars, so with each ally you recruit, your survivability is greatly increased (different characters have different max HP, however)!

Allies have special, unique abilities which allow then to use shortcuts to skip parts of stages or access new areas! There are no special items obtainable by going the long way around, so take every shortcut you can find! If your allies are out of commission, you’ll have to take longer routes were strong foes await. When their HP gets low, be sure to switch them out so they’ll be available when you need them. Here’s a look at what Dominique can do!

Use Dominique’s downward spear attack to reach higher platforms and access the path to the right.

Allies can also give you access to special items!

The story is told over the course of multiple episodes. Only the first episode is accessible in the beginning, but more episodes will unlock as you progress through the game. The events that unfold in each episode continue into the next one, so be sure to unlock all the episodes to see the true ending.

Curse of the Moon 2 has two distinct play styles, “Veteran” and “Casual”.

Choose “Veteran” style to experience a difficulty that’s like a throwback to the games of yesterday. An enemy’s attack can easily knock the player to their death…something that should be all too familiar to retro game fans.

Even if you’re a fan of challenging games, sometimes you just want to take it easy, right? “Casual” mode is perfect for times like that! On “Casual”, things are more forgiving: attacks don’t knock the player back, lives are unlimited, and a lot more.

The protagonist of Curse of the Moon 2-a skilled swordfighter who detests demons and everyone involved with them. Zangetsu has the fastest attack of all characters and high HP, making him a strong, straightforward character. He can use ball-and-chain, magic charm, and demon essence sub weapons. Zangetsu can also acquire new techniques during the game.

Main Weapon: Zangetsuto
It has a short reach but fast attacks, and is very easy to use and effective at striking down enemy projectiles. It also boasts the highest damage output over time among all the characters.

She is a mysterious exorcist affiliated with the church that detests demons and has been said to be tracking one in particular… Her main weapon is a spear capable of attacking vertically. She can use healing and revival sub-weapons to support her allies, and her versatile attacks and movement options make her a capable fighter. Her specialty is bouncing on enemies to reach high places.

Main Weapon: Spear
A slightly slow weapon with a long reach that can be thrust upward and used to attack enemies on platforms above and destroy projectiles in the air.

Special Abilities: Vertical Strike
She can thrust her spear upwards. Combine this with her jump height to attack enemies that are normally out of reach.

Special Abilities: Hopping Strike
Dominique can hold her spear downward while in midair, allowing her to bounce on top of enemies. It does little damage, however.

Sub-weapon: Healing Plant
Throw a seed that grows a healing fruit that can only grow if the seed hits the ground.

Sub-weapon: Electro Crawler
Fire a ball of lightning that splits when it makes contact with the ceiling. Once split, the balls pierce enemies.

Sub-weapon: Rising Wind
Launch a funnel of wind that moves forward. If an enemy is above, it will rise quickly to attack it.

Sub-weapon: Impact Lance
Thrust a lance into the ground, attacking enemies below before launching her high into the air. It’s very useful for both attack and movement.

Sub-weapon: Resurrection Anthem
Activate to revive all allies and completely restore their HP. It’s a powerful sub-weapon that disappears after one use.

He is a skilled former soldier with a hatred of demons and grudge against the church. Robert is an excellent marksman who once fought alongside Zangetsu against the demons. He has three sub-weapons that support his physical weaknesses and one with extreme firepower. However, he has no magical abilities and extremely low defense.

Main Weapon: Musket
Fire a shot with incredible range. However, its power is low and it leaves Robert vulnerable for a short time. It cannot pierce terrain or enemy defenses and cannot destroy secret walls.

Special Abilities: Prone/Crawl
Lay flat on the ground to avoid most enemy projectiles. Robert can also fire in this position to shoot small enemies and beneath enemy shields.

Special Abilities: Wall Kick
Stick close to a wall to grab on and descend slowly. Robert can then jump from this position to reach higher points.

Sub-weapon: Partisan
Throw two partisans diagonally upward. This attack is easy to use and pierces enemies.

Sub-weapon: Hand Grenade
Throw a hand grenade that rolls along the ground. It will bounce off walls, making it useful for attacking enemies’ weak spots.

Sub-weapon: Drake Cannon
Fire a powerful but expensive blast forward. Its recoil will knock Robert backward and can be used to change his jump trajectory.

Hachi is a Welsh corgi who follows Zangetsu in order to repay a debt. Hachi was used by an evil alchemist in an experiment to pilot a set of magicked armor. With the highest HP and an iron shell, Hachi excels at traversing terrain and can traverse some obstacles without taking any damage. The suit of armor makes for a large target however, and Hachi possesses no offensive sub-weapons, so certain enemies can pose a problem.

Main Weapon: Magic Armor
Its movements are slow but its punch is powerful and can ignore the enemy’s guard. Hachi can also use its legs to crush enemies.

Special Abilities: Death from Above
Dive from above to crush enemies underfoot. The attack travels through the floor and can hit enemies hanging from the other side.

Special Abilities: Steam Hover
Hover at the arc of a jump to move freely left and right. It’s very useful for flying over unsafe terrain to reach a secure foothold.

Sub-weapon: Invincible Iron
Hachi heats up the magic armor to become impervious to almost all damage. It consumes WP over time.


Bloodstained: Curse of the Moon 2 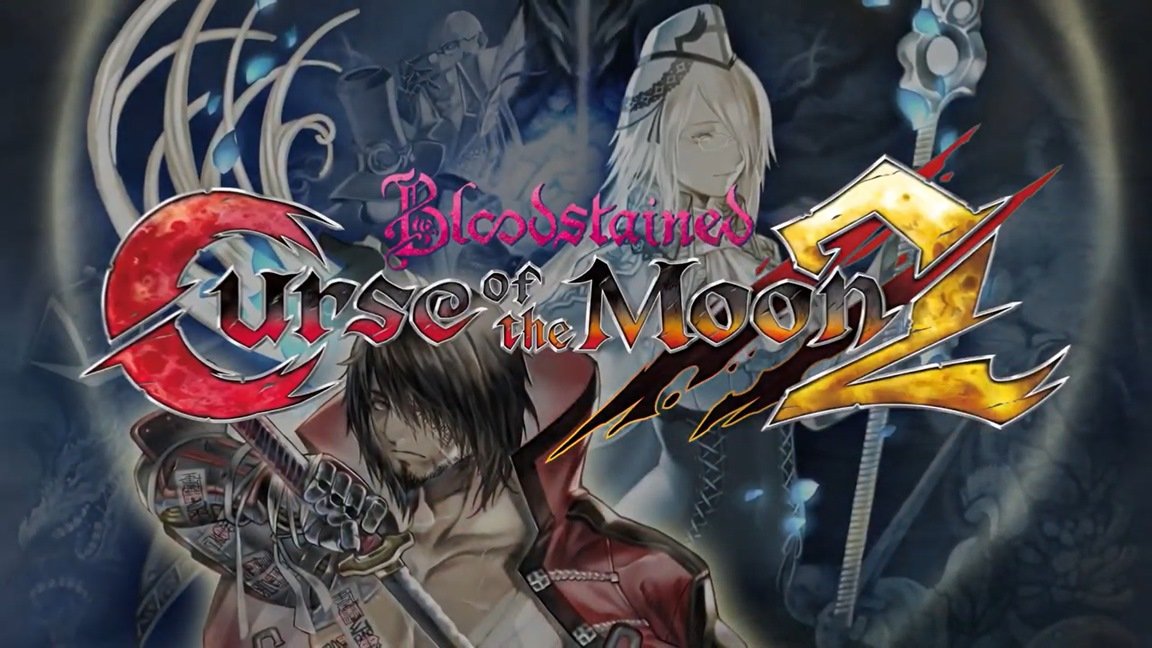