Harvest Moon: One World a...

Shantae and the Seven Sir...

Zelda: Breath of the Wild...


It’s the Survival of the Fastest, and you’ll need to bring your best as you race for the fate of the planet! With Crash Team Racing: Nitro-Fueled, we at Beenox are thrilled to bring back the groundbreaking campaign mode from the original Crash Team Racing, the Adventure Mode, which pits you against the nefarious alien Nitros Oxide. Oxide claims to be the fastest racer in the galaxy, and his challenge is simple: he will square off against the best racer on Earth. If he wins, he turns the planet to a parking lot. If he loses, he leaves Earth alone. Choose your favorite racer, earn your place as Earth’s best by collecting trophies and defeating bosses, and then square off against Oxide to save the planet… talk about high stakes!

My introduction to Crash Team Racing in 1999 was with the Adventure Mode, and it is still the part of the game that has left the biggest impression on me over the years. At Beenox, we believe that so much of the joy of Crash Team Racing Nitro-Fueled will come from racing against your friends in local or online play. But we also feel strongly that a big part of what made Crash Team Racing special in the ‘90s, and what will make Crash Team Racing Nitro-Fueled special in 2019, is this single-player campaign experience. It was a unique thing to see a campaign mode in a kart racer. This was relatively new for the genre, and in true Crash Bandicoot fashion it was filled to the brim with the wacky personality you came to expect from the franchise. I remember endless nights honing my skills, feeling that sense of progression, and experiencing the satisfaction of earning new characters as I raced my way to the final confrontation with Oxide. It was the most engaging experience I ever had with a kart racer, which is something that I have kept in mind while working on the Adventure Mode for Crash Team Racing Nitro-Fueled.

In bringing the Adventure Mode back, we knew we had to hit all the elements that made the original so special. The challenges are the same—there are trophy races, boss races, relic races, token races, and gem cups. The characters are back—choose from Crash, Coco, Cortex, Polar, Pura, Tiny, or any of the other starting lineup characters you remember from the original. And the thrill of earning new characters (like Ripper Roo and Pinstripe Pontoroo) is still a huge part of the fun.

However, we wanted to take things a step further for Crash Team Racing Nitro-Fueled. Instead of just earning the boss characters like in the original, players will now earn something every time they win a race. Players will be getting new kart parts, character skins, or kart customization items with every victory. Also, players will now earn the boss characters immediately after they beat that boss, instead of after Gem Cups (which now unlock a new set of valuable prizes). This includes the ability to earn Nitros Oxide himself—though that is no easy task!

Finally, players will now have the opportunity to change to any racer, kart, or customization item they have already unlocked at any point in the Adventure Mode. Are you feeling like Crash gives you the best chance in Crash Cove, but Pura will dominate the competition in Tiger Temple? Swap him in! Do you dig that sweet new paint job you got after beating Ripper Roo? Immediately style your kart out with it. Did you earn enough Wumpa Coins to grab N. Trance from the game’s Pit Stop? Get ready to bring that egg-shaped villain into the fray. It’s all about earning new items, new characters, new karts, and making the experience feel like your own.

However, we know that there will be players out there who want to commit to one racer and one kart from the outset, just like in the original. For that reason, players will have the option of playing the Adventure Mode in one of two different ways: Classic or Nitro-Fueled. In the Classic setting, racers will still be earning all of the awesome items, characters, and karts as in the Nitro-Fueled setting, but won’t be able to change their racer or kart in the middle of the Adventure Mode. For those players looking to mix things up along the way, the Nitro-Fueled setting is for you.

We’re super excited about everything you can now earn in the Adventure Mode, but it’s important to emphasize that the story and a great single-player experience are still at the heart of it. There are new intro and victory cinematics that give life to each of the boss battles. We’ve spent a lot of effort to make sure that the hub worlds are more detailed than ever before. Working through each hub world and finally beating Oxide will bring an amazing sense of accomplishment. In short, in Crash Team Racing Nitro-Fueled, the Adventure Mode will take you for a ride, will test your skills, and will immerse you in the true Crash Team Racing experience! 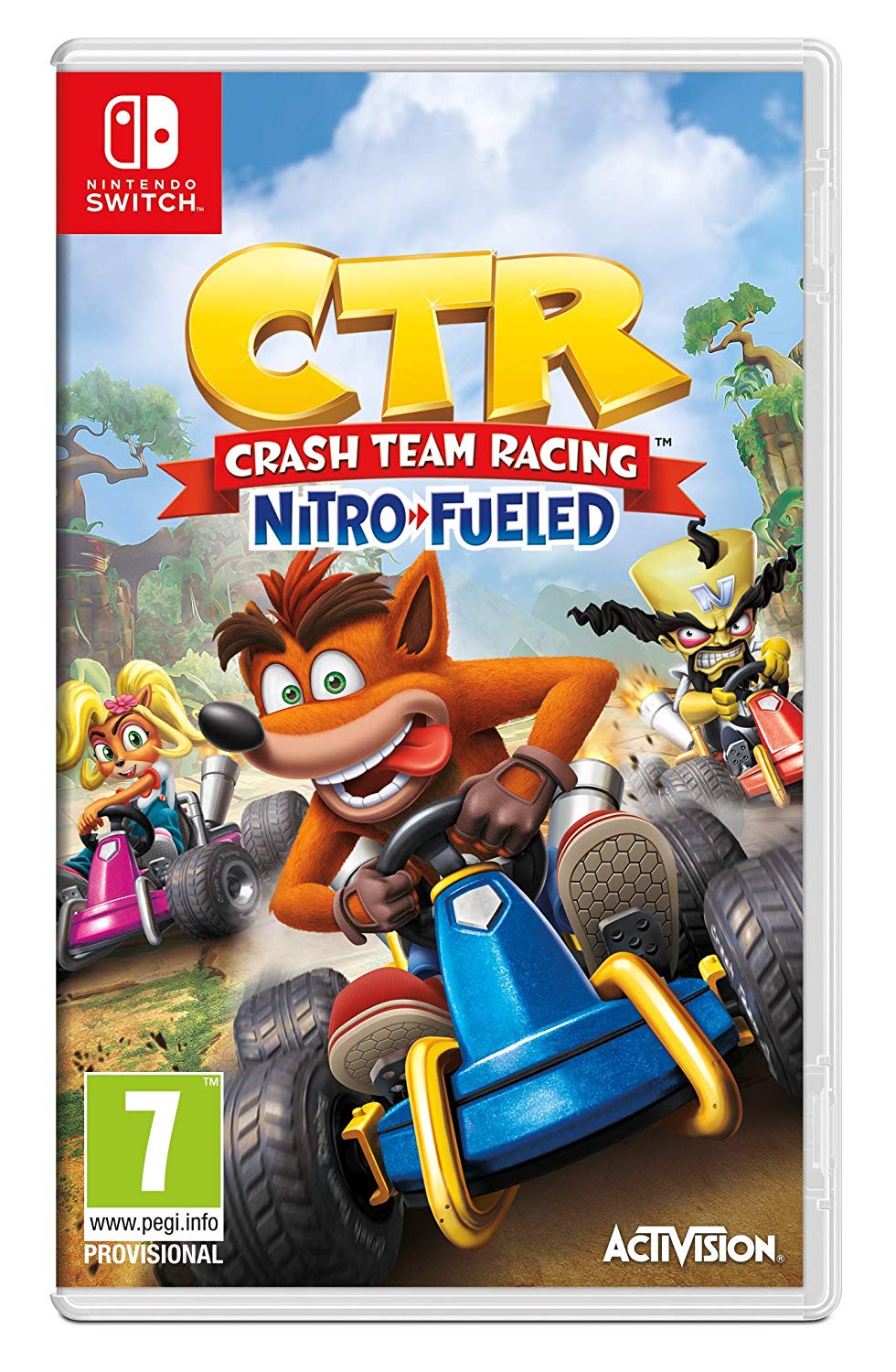