Doctor Who: Edge of Reali...

The Legend of Heroes: Trails from Zero, udkommer i 2022:

The Legend of Nayuta: Boundless Trails, udkommer i 2023, og er netop udkommet til PS4 i Japan:

The Legend of Heroes: Trails into Reverie, udkommer i 2023, men er udkommet i Japan:

Tre beskrivelser følger her:
Legend of Heroes: Trails from Zero:


Lloyd Bannings returns to his hometown to follow his late brother’s footsteps and join the Crossbell Police Department. However, he finds himself assigned to a ragtag new division called the Special Support Section, which performs odd jobs and helps people in need. But he and his new teammates slowly discover that their vibrant city hides a dark criminal underbelly… as well as a few terrible secrets.

Experience Crossbell in this exciting chapter from the renowned The Legend of Heroes series! The site of an ongoing territorial struggle between the Erebonian Empire and the Republic of Calvard, Crossbell has developed into a prosperous city-state and one of the continent’s leading economic centers.

After three years away from his hometown, Lloyd Bannings returns in order to follow his late brother’s footsteps and join the Crossbell Police Department. However, when he arrives, he finds he’s been assigned to the Special Support Section, a new division that handles odd jobs and minor requests. He meets his new teammates, which include Elie MacDowell, the granddaughter of the city’s mayor; Randy Orlando, a womanizing ex-soldier; and Tio Plato, a young tech genius.

Though their department is mocked by the media and looked down on by the rest of the CPD, Lloyd and his friends continue to fight to make their city a better place. As they do, however, they slowly come face-to-face with the criminal corruption gripping their city. Little do they know just how deep the shadows of Crossbell City go…

– Welcome to Crossbell – The beginning of an exciting story arc in the Trails universe is about to begin in this iconic city-state! Experience a rich and refreshing game world that is teeming with secrets and adventures.
– Polished Tactics – Strategic combat has been refined, resulting in rich, satisfying tactical gameplay. Harness powerful skills and teamwork to overcome your adversaries!
– Your City, Your Story – Features such as High-speed and Skip mode allow you to cater your gameplay experience to your preferences and enjoy battles quickly to focus on the surrounding story and events.

Legend of Heroes: Trails to Azure:


Following the events of Trails from Zero, the Special Support Section find themselves with new members and new duties. However, rising tensions in Crossbell along with pressure from two neighboring political powers threaten both the safety of their home, as well as the integrity of their team.

The story of aspiring hero Lloyd Bannings continues in Trails to Azure!

Set just a few months after the events of Trails from Zero, a temporary peace has settled over Crossbell and the Special Support Section find themselves with newfound fame and status, thanks to their heroic actions.

However, the peace is soon broken with the rise of multiple organizations with ulterior motives. Framing these growing tensions is the increasing pressure from the Erebonian Empire and the Republic of Calvard, with Crossbell caught between them. With the safety of their home and the foundations of their team now on the line, Lloyd and his allies must gear themselves for the threats that loom ahead. Little do they know that Crossbell will soon become the stage for a climactic conflict that will determine its future…

– The Fate of the City-State – Play through the finale of the Crossbell arc, a key thread within the Trails universe. What lies ahead for Lloyd Bannings and his ragtag squad of allies?
– Crossbell’s Finest Forces – Experience new combat features introduced by Trails to Azure, including Burst, Back Attack, and even your own customizable car. Also, meet a few familiar faces from the Trails of Cold Steel series!
– Power from the Past – Import save data from Trails from Zero for a different story experience, including additional event scenes and entirely new scenes! Also, use your save data from Trails to Azure for bonuses in the upcoming release of Trails into Reverie!

The Legend of Nayuta: Boundless Trails:


Nayuta has always dreamed of exploring beyond the horizon of his island home. After a fateful encounter with a fairy by the name of Noi, he and his friends find themselves whisked away on an adventure through multiple worlds in order to stop an evil plot that has been set in motion.

Nayuta spends his days gazing up at the stars above his island home and wondering what lies beyond the horizon. Though people claim the sea they live on is flat and finite, Nayuta knows there must be more out there, just waiting to be discovered.

Occasionally, ruins and stars will fall from the sky over Nayuta’s home, offering what seem to be glimpses of other worlds. While exploring one such ruin, he and his friends save a small, fairy-like girl by the name of Noi. She tells Nayuta that something very important has been stolen from her and asks for his help in retrieving it.
It’s with this that Nayuta’s journey begins—one which will take him far beyond the confines of his island to experience new worlds and extraordinary discoveries!

– Worlds Beyond Home: Experience all the wondrous phenomena The Legend of Nayuta has to offer with HD visuals, high quality music, 60fps, and new illustrations added for this Western release!
– Skills for Every Season: Enter the fray with real-time action gameplay and environment-based puzzles that are affected by the current season. Utilize season-based magic and powerful weapon skills to take down your foes, and unlock new techniques based on your performance.
– An Ocean of Adventure: Dive into a different kind of Trails game! Experience a light, whimsical story rooted in fantasy and discovery with a variety of colorful locations and characters, plus tons of extra quest content.

The Legend of Heroes: Trails into Reverie


What destinies await these three fateful figures? Use the Crossroads system to switch between Rean Schwarzer, Lloyd Bannings, and the masked figure “C”, and determine the fates of key characters and locations within Zemuria. Dive into refined tactical combat with new features such as United Front, and discover new allies and challenges within the halls of the True Reverie Corridor!

Where one trail ends, another begins…

The intertwining fates of three figures in Zemuria will be decided in this climactic chapter of The Legend of Heroes series! Follow the footsteps of the war hero Rean Schwarzer, the liberator Lloyd Bannings, and the masked enigma “C”, and switch between each of their paths freely with the Crossroads system.

Lloyd Bannings, leader of the Crossbell Police Department’s Special Support Section, finds himself fighting for his city’s freedom once again after Crossbell’s independence celebrations are interrupted by the sudden reappearance of an old threat.

Following the events of the Great Twilight, Erebonian hero Rean Schwarzer and his students return to life at the branch campus. However, this fleeting peace is disturbed by the emergence of a new threat.
When the former governor general of Crossbell suddenly returns and lays claim to the city state, four figures carry out a secret mission to investigate his actions. Their leader is “C,” a masked individual who seems to be using the same codename as the leader of the Imperial Liberation Front. But to what end?

– A Trio of Trails: Experience three different story arcs and switch between them any time with the Crossroads system. Plus, discover side episodes to fully flesh out the characters and world of Zemuria.
– Reverie into Reality: Enter the True Reverie Corridor, which allows you to encounter and recruit new characters from across Zemuria, enter randomly generated dungeons to test your mettle, and play a variety of mini games.
– Paragons of Combat: Utilize Arts, Brave Orders, and cunning tactics to prevail in battle. Master the new United Front system and harness the power of your entire team to decimate enemies while empowering yourself.

Well, here we are. Trails from Zero and Trails to Azure are being officially localized, and the Geofront has partnered with NIS America to make it happen. We reached an agreement with NIS America and, now, our text—the text you have seen in our localization patches—will serve as the basis for the official releases of the Crossbell duology. Each and every member of our team is thrilled about this opportunity because it’s the culmination of our driving motivation:

To ensure Crossbell gets the localizations it deserves so that people can experience these engaging, touching, wonderful games.

As you may have noticed, our patches for Trails from Zero and Trails to Azure are no longer available on our website. Some might be disappointed by that, but we would enthusiastically request you to support the official releases instead.

We couldn’t be more excited for what the future holds for us and for the Crossbell games.


The Legend of Heroes: Trails from Zero 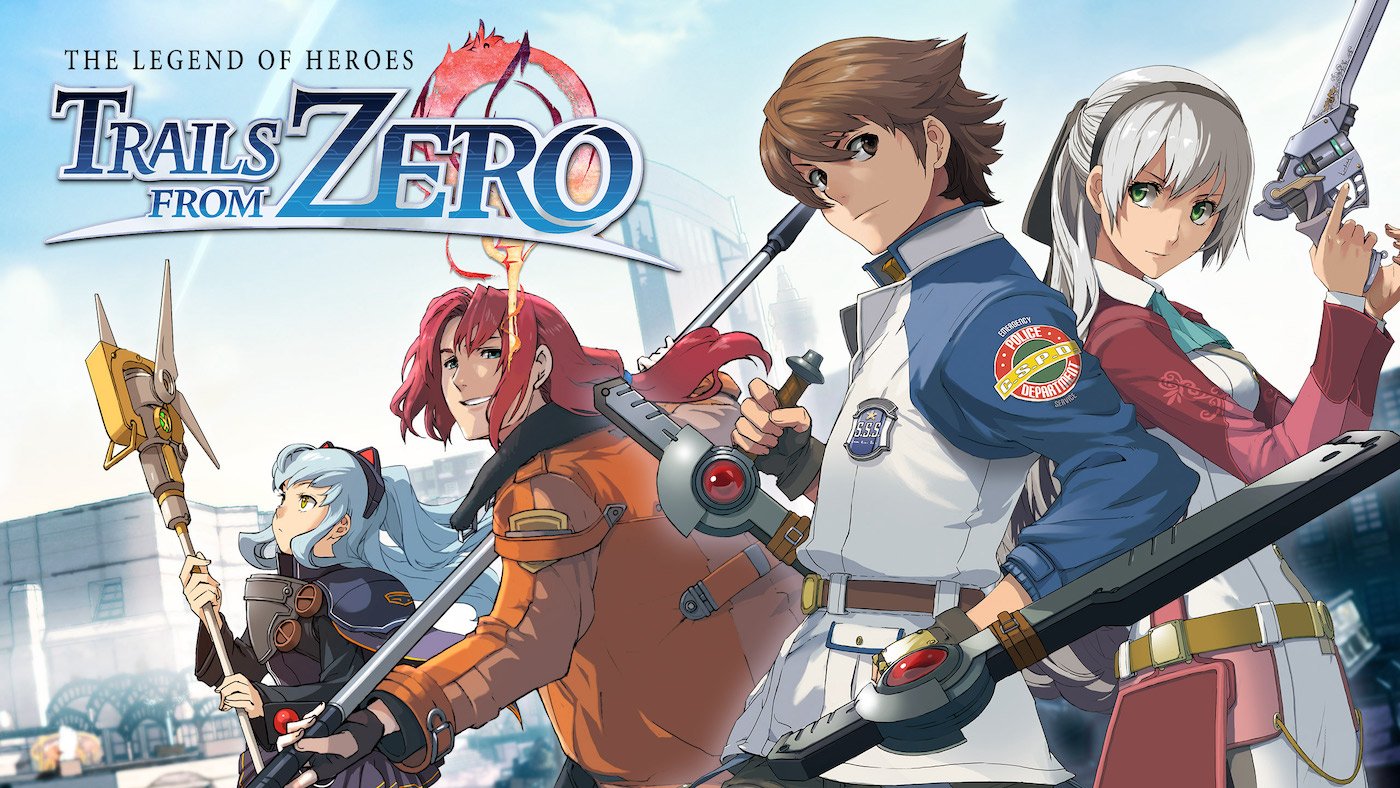 The Legend of Heroes: Trails into Reverie

The Legend of Heroes: Trails to Azure

The Legend of Nayuta: Boundless Trails 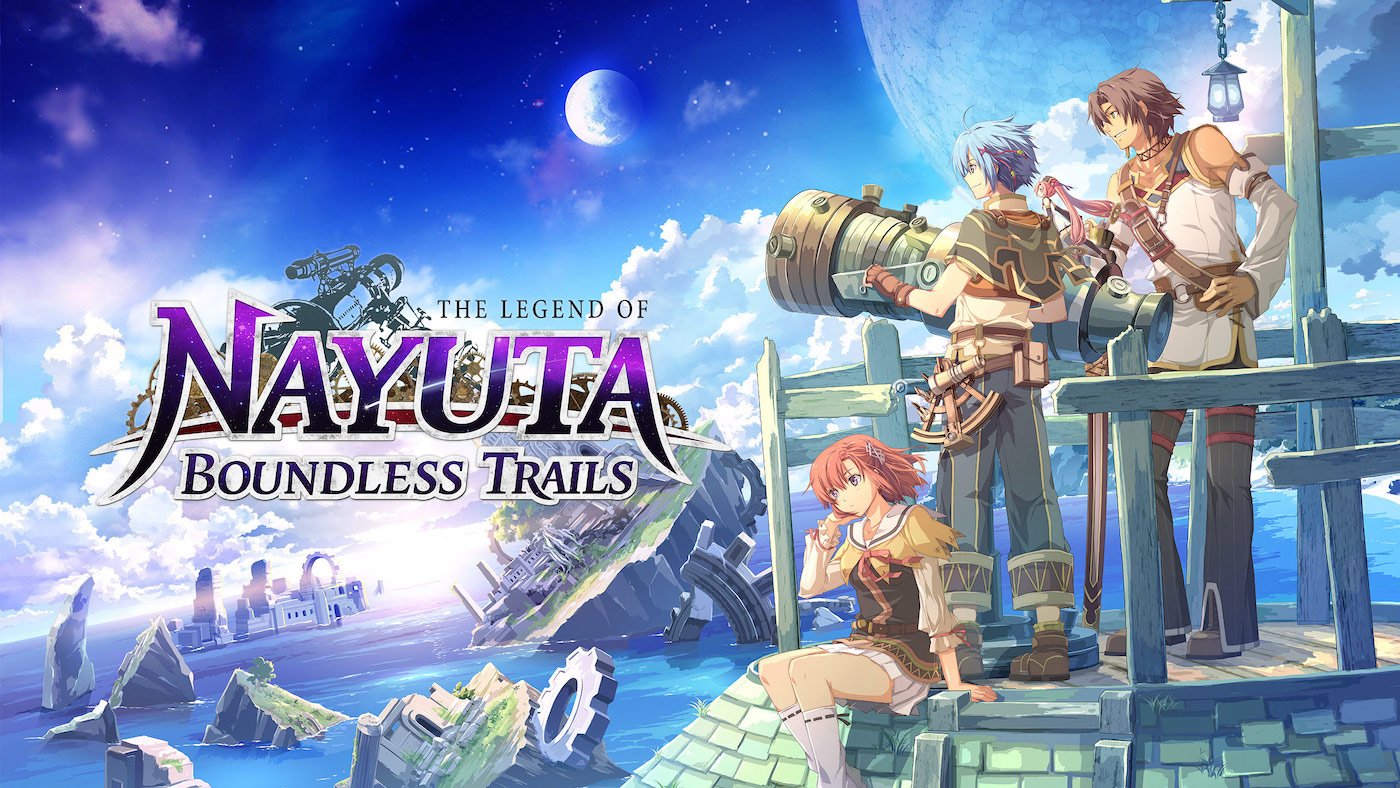