Brug aber for at overleve... 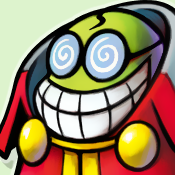 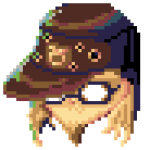 In the next week or so, there will likely be many articles stacking up the three major consoles, the PS4, the Xbox One, and the Wii U, comparing price, features, graphics, games and so on as you try to understand which one to buy for someone (or yourself) this holiday season. I may even write a few of those articles myself.

And yet, I think there’s only one console that just really screams “Christmas morning” to me, and that’s Nintendo’s Wii U.

If we were doing one of those handy comparison charts, the Wii U has plenty of significant disadvantages when placed next to PS4 or Xbox One. It’s essentially a last generation system in terms of horsepower, with graphics matching what we’ve come to expect from the PS3 and Xbox 360, but lagging behind the newer versions of those systems. And recently the console has seen a nearly complete collapse in 3rd party, non-partner support. While Nintendo still have connections that lead to joint projects like Bayonetta, 3rd party staples like Call of Duty, Madden and Assassin’s Creed have fled the system for good, and new hits like Destiny or Dragon Age will likely never make it to the console.

It’s a combination of these factors that leads to continued speculation that Nintendo would be better off in the software business, putting their well-received first party games on other consoles, and becoming an enormous software powerhouse without console hardware on their mind.

While I’m not totally opposed to that notion (and have even supported it from time to time), this is the time of year when I remember why it’s important Nintendo’s hardware still does exist. The Wii U is the only gaming device on the market that directly encourages local multiplayer, and the best games for the system are ones played with friends or family sitting next to you, not playing on their own console across town or across the country.

As such, when millions of Wii Us are opened Christmas morning (or handed out for Hanukkah), it’s really the only console a family can get which can be set up and have the whole gang playing in practically minutes. Older games like Nintendoland and New Super Mario Bros. U, or newer hits like Mario Kart 8 and Super Smash Bros. for Wii U were all designed to be played in groups. On Christmas, parents can play with kids, siblings can play with each other, friends can come over for holiday parties and play the new system. At a time where everyone is together, the Wii U is effectively the only console that can facilitate that. The PS4 and Xbox One can be plug-and-played as well, but it’s largely going to be a solo experience depending on the game.

Split screen gaming and local co-op isn’t completely dead. There’s definite fun to be had with a few Kinect dancing titles, and games like Call of Duty: Advanced Warfare have slid in split screen to at least one of its modes. And yet, that grand sense of local co-op community is inarguably the best on Wii U, where everyone uses an assortment of increasingly ridiculous controllers from the Gamepad to the Wiimote to the Pro controller to now even decade-old Gamecube controllers.

Perhaps this is some amount of nostalgia talking, but it made me sad when I grew up and Sony and Microsoft MSFT -3.11% seemed determined to leave local co-op behind. Instead of having a friend over to play a game, I had to send him home to play on his own console over PSN or Xbox Live. When my gaming enthusiast friends would come over, there was little to actually do with the newest games we’d bought unless they’d brought their own console and TV with them. The only games we could actually play together were old ones like Halo 3 or one of the past Smash Bros. installments. Now that’s worse than ever, and local co-op is all but completely dead other than in a few multiplatform series like Borderlands, but most of the time its either stuck into a specific mode (COD’s Exo) or it simply doesn’t exist at all, even in games that encourage co-op (Dragon Age, Far Cry).

Obviously you don’t buy a console just for Christmas morning, so there’s plenty more to consider, but until Sony or Microsoft truly grasp the concept of family gaming and local co-op with friends, Nintendo is going to occupy a welcome niche in the console market, graphics and 3rd party support aside. I think it’s going to be a good holiday season for the Wii U, and its unique position in the market will help it stand out from nearly identical competition.

Er I enige i artiklen?