Smelter is an action-strategy hybrid that combines real time strategy with 2D platforming stages. Players take the role of Eve, who embarks on a journey to find Adam and meets a mysterious being named “Smelter.” After some quick convincing, Eve fuses with Smelter, gaining incredible power, and agrees to help Smelter expand his empire in a joint effort to discover Adam’s whereabouts. The game unfolds in a rotation between strategy and action stages, punctuated by cinematic sequences, all wrapped up in a wacky narrative.

In overhead, Mode 7-style map stages, players control airborne Smelter, who can fly, shoot and destroy enemies and obstacles while giving commands to his troops to expand territory, build structures and unleash attack units against enemy monsters in various regions. Players control Smelter in a top-down strategic conquest as he and his Zirm forces attempt to expand his empire by completing quests and taking on an onslaught of enemies determined to stop him. Gameplay is designed with shooting and command-driven interfaces, adding modern-day tutorials to assist both veteran gamers and those new to the genre.

Once the player has completed certain NPC-driven quests and fortified key locations on the map, they will access new and exciting action-platformer stages where they control Eve infused with Smelter on foot and take on the bad guys. Eve can perform an array of melee attacks, jumps, dashes, wall grabs, Smelter special attacks and maneuvers to complete the stages and progress the story. Stages contain secret Trial Stages where the players are rewarded by completing short levels within given conditions, such as Time Trial, Don’t Get Hit, Don’t Be Seen and more. 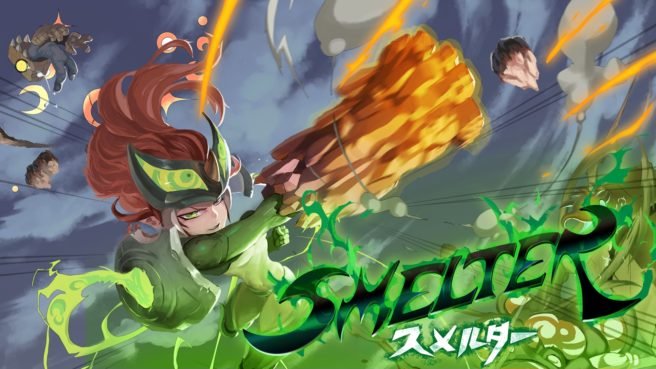